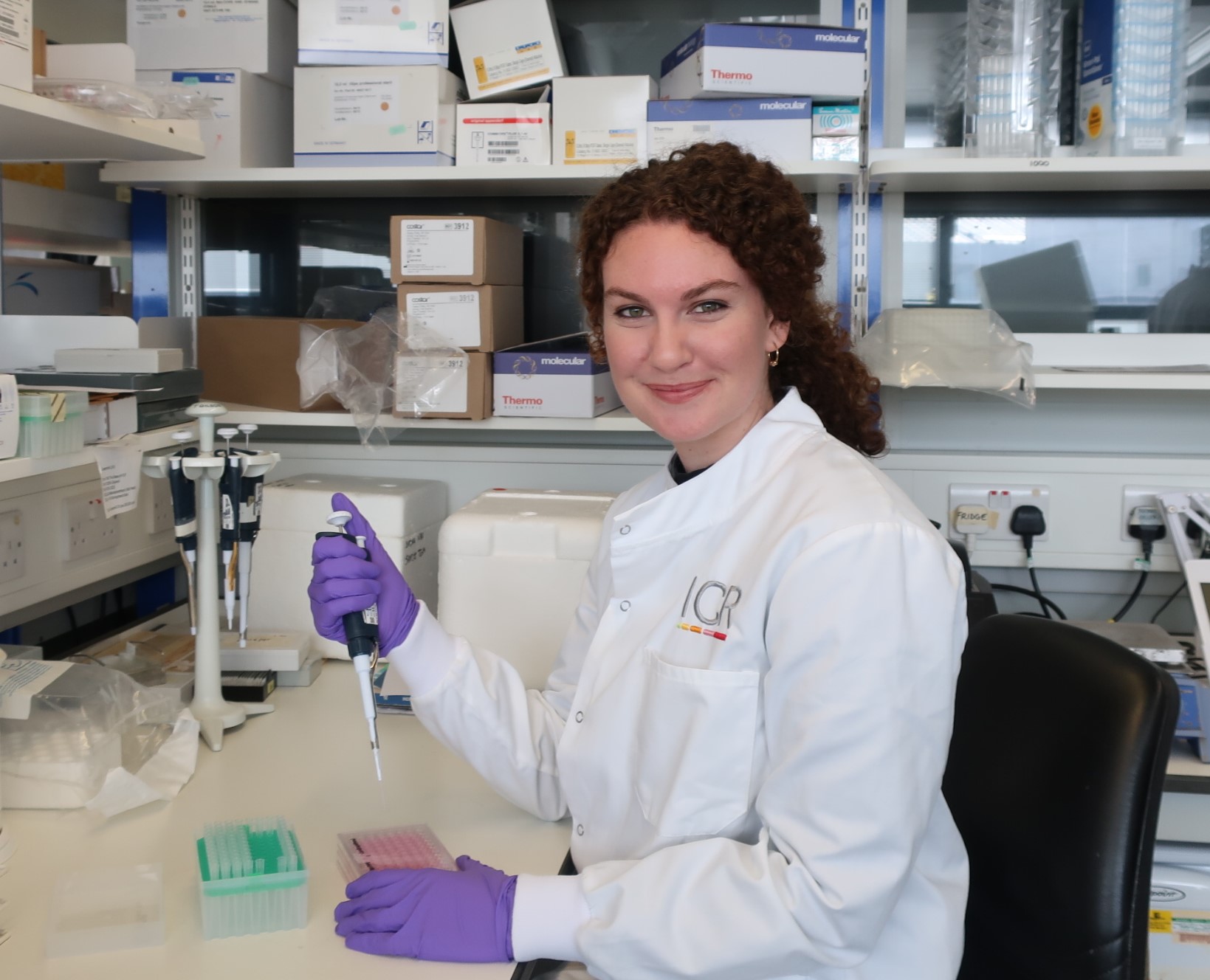 Alice’s Arc invests £247,340 in research exploring the use of liquid biopsies in the treatment of children with rhabdomyosarcoma

This project will explore further the use of liquid biopsies in the treatment of children with rhabdomyosarcoma to validate new potential prognostic biomarkers and to monitor emergence of relapse or resistance in order to adapt therapy. The project aims to improve outcomes for RMS patients through prediction and early detection of relapse as well as identify and assess novel treatments in the relapse setting.

DNA is released from dead cancer cells in to the blood stream, which includes the main liquid that is in the blood known as plasma. This DNA released in to the blood is called circulating tumour (ct)-DNA. Detecting and monitoring the levels of ctDNA over time has been linked to patient outcome data, response to therapy and as a biomarker for recurrent disease in some cancers.

A pilot study has already been conducted with the aim of establishing the technologies and links to EpSSG (European paediatric Soft Tissue Sarcoma Study Group) laboratories (funded by Alice’s Arc with support of analyses of samples from European centres from KickCancer/ITCC (Innovative Therapies for Children with Cancer). This has enabled us to move forward into testing in the new Frontline and Relapse Rhabdomyosarcoma, FaR-RMS, international clinical trial to assess the clinical value of detecting ctDNA in rhabdomyosarcoma (RMS).

Tumour and plasma samples already collected from EpSSG laboratories across Europe were analysed in the pilot study considering mutations in the DNA from primary tumours. The PAX3/7-FOX01 fusion gene is a driving feature in most cases of alveolar RMS, a subtype in ~20% of RMS associated with poorer outcome. Establishing the ability to detect these fusion genes as ct-DNA in plasma offers a unique and important biomarker of disease. We have also applied an approach to indicate new genetic changes that may emerge during the course of disease progression. These novel mutations may ultimately be linked to new treatment options for RMS at relapse.

Final analyses of the plasma collected in the pilot study has been delayed due to Covid-19 but is in progress. Collation of this data with clinical information alongside completed animal validation experiments is currently nearing completion.

2 – Sample collection within FaR-RMS: Finalise laboratory manual for UK collection protocols and consent within this trial via Clinical Trials Unit in Birmingham. Continue leasing with international collaborators about logistics for analyses within FaR-RMS.

3 – FaR-RMS ctDNA studies: Analyses of tumour samples and ct-DNA will be organised at various timepoints during the treatment pathway. In order to identify the range of genetic aberrations present in tumour samples at diagnosis and/or recurrence, panel sequencing analyses of plasma will also be used to screen for aberrations that evolve and emerge in the blood during and after treatment. Data will be correlated with results from imaging and outcome data in the trial. Key research issues to be addressed include:

a) Is ctDNA a useful biomarker to measure response to standard treatment?

b) Is ctDNA a useful biomarker to indicate response to novel agents that are being introduced in to the MAMS design of the trial?

c) Is ctDNA a useful biomarker as an early predictor of relapse of RMS?

4 – Establishing new approaches for analysing RMS plasma: exploratory investigations for assessing the potential to apply cancer specific modification of DNA and vesicles released from cell in to plasma will be undertaken. Advancing this will be dependent on progress made with the above as a priority.

Alice’s Arc has already been funding the salary of Dr Olivia Ruhen as well as the costs of associated consumables that are required. Over the last 16 months, Olivia has been running the pilot study, including establishing and validating the approach to identify fusion gene breakpoints in RMS samples and coordination of the material and analyses across the international centres. Going forward Alice’s Arc will be used for the following:

1 – To cover the costs towards sample collection, from FaR-RMS UK patients and reagents and genetic sequencing for UK frontline samples.

2 – To continue to fund Dr Olivia Ruhen’s salary over the next three years. Her role will focus on the UK components of the research plan above as well as coordinating activities with collaborating European EpSSG centres involved in FaR-RMS for both frontline and relapsed patients.

This project is led by Prof. Janet Shipley, from the Institute of Cancer Research, London. It will be run as an ancillary biological study of the international FaR-RMS trial for patients both at diagnosis and at time of recurrence, a collaboration between the European Paediatric Soft Tissue Sarcoma Group (EpSSG) and the Innovative Therapies for Children with Cancer (ITTC).

Read all the latest fundraising news, charity news and commentary on childhood cancer. 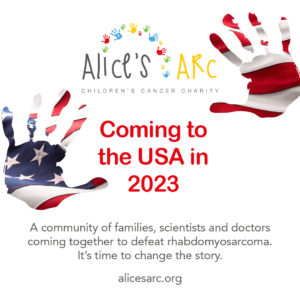 Time to think bigger. Time to bring Alice’s Arc to the USA. 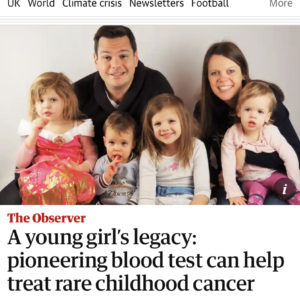 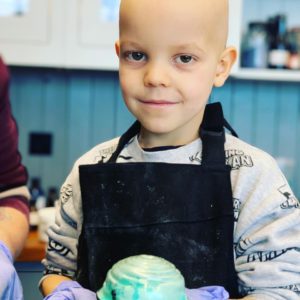 The sale of gold bath bombs throughout UK Lush stores raises £150K.
View all our posts

A children’s cancer charity dedicated to funding research into finding a cure and less harsh treatments for Rhabdomyosarcoma.

STAY UP TO DATE

You can find out more about which cookies we are using or switch them off in settings.

This website uses cookies so that we can provide you with the best user experience possible. Cookie information is stored in your browser and performs functions such as recognising you when you return to our website and helping our team to understand which sections of the website you find most interesting and useful.

Strictly Necessary Cookie should be enabled at all times so that we can save your preferences for cookie settings.

If you disable this cookie, we will not be able to save your preferences. This means that every time you visit this website you will need to enable or disable cookies again.