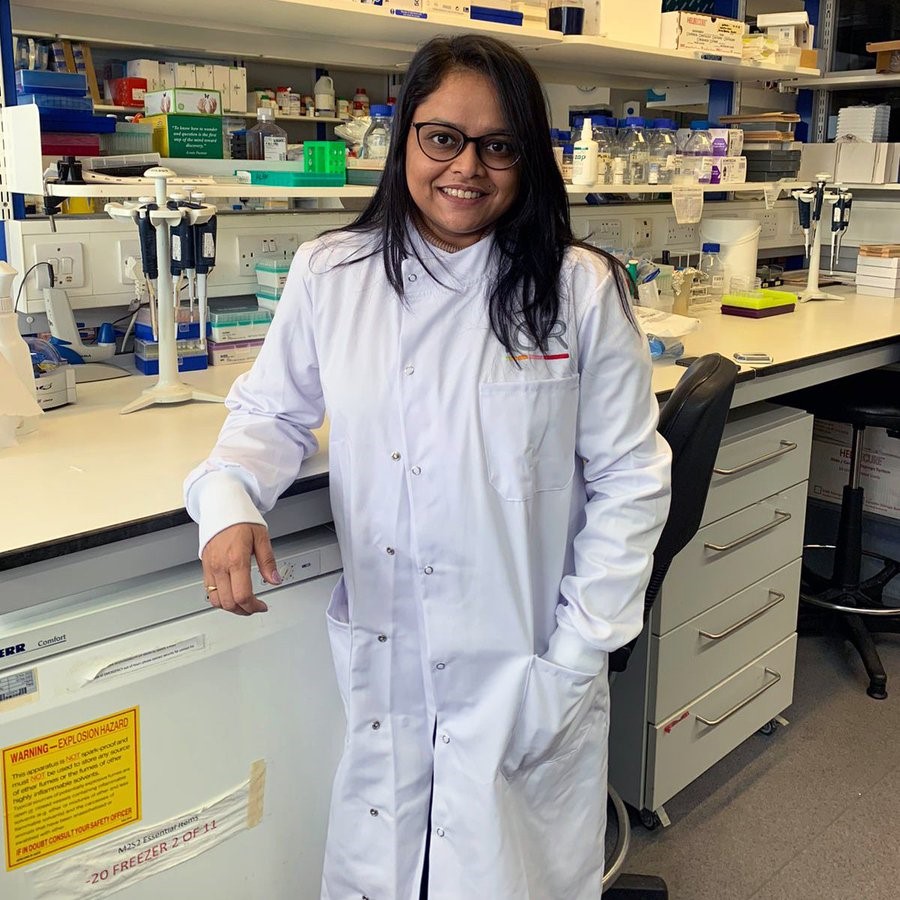 Alice’s Arc has been supporting this work alongside other charities such as KickCancer Foundation since this work started back in 2018. The results of the pilot study have been published in an article in the Journal of Clinical Oncology, and the the link to the story from the Institute of Cancer Research (ICR) can be found here.

The pilot study validates that a liquid biopsy in children with RMS could play a vital role in detecting and predicting the path of the disease. The next step is to commence testing and analysis as part of the international clinical trial FaR-RMS.

The ICR were kind enough to include the below quote from Alice’s Arc which sums up why this project is so important from a family perspective.

“This research is incredibly important to families impacted by rhabdomyosarcoma and the findings of the pilot study are promising. The possibility of being able to detect and predict the path of the disease via a blood test would be a complete game changer. It is about time that this became common practice for childhood cancers like rhabdomyosarcoma. It is a far more efficient and less invasive way to monitor disease in these children. We are delighted to continue investing funds into the next stage of the research to test these findings in the setting of an international clinical trial.”

We look forward to supporting the work of Professor Janet Shipley’s team at the Institute of Cancer Research on this project over the coming years.

Read all the latest fundraising news, charity news and commentary on childhood cancer. 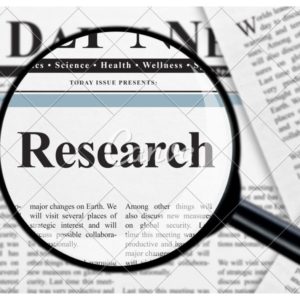 Research Focus: an update on our rhabdomyosarcoma research projects

A round up of our RMS research portfolio. 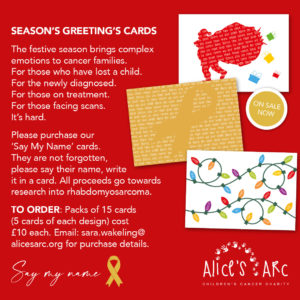 Our ‘Say My Name’ Season’s Greeting’s card are now available to buy. 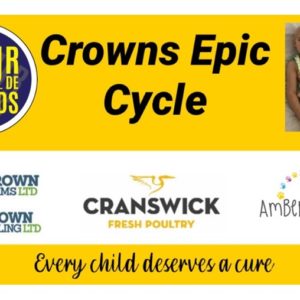 Epic cycling challenge for Amber’s Arc raises over £11K.
View all our posts

A children’s cancer charity dedicated to funding research into finding a cure and less harsh treatments for Rhabdomyosarcoma.

STAY UP TO DATE

You can find out more about which cookies we are using or switch them off in settings.

This website uses cookies so that we can provide you with the best user experience possible. Cookie information is stored in your browser and performs functions such as recognising you when you return to our website and helping our team to understand which sections of the website you find most interesting and useful.

Strictly Necessary Cookie should be enabled at all times so that we can save your preferences for cookie settings.

If you disable this cookie, we will not be able to save your preferences. This means that every time you visit this website you will need to enable or disable cookies again.